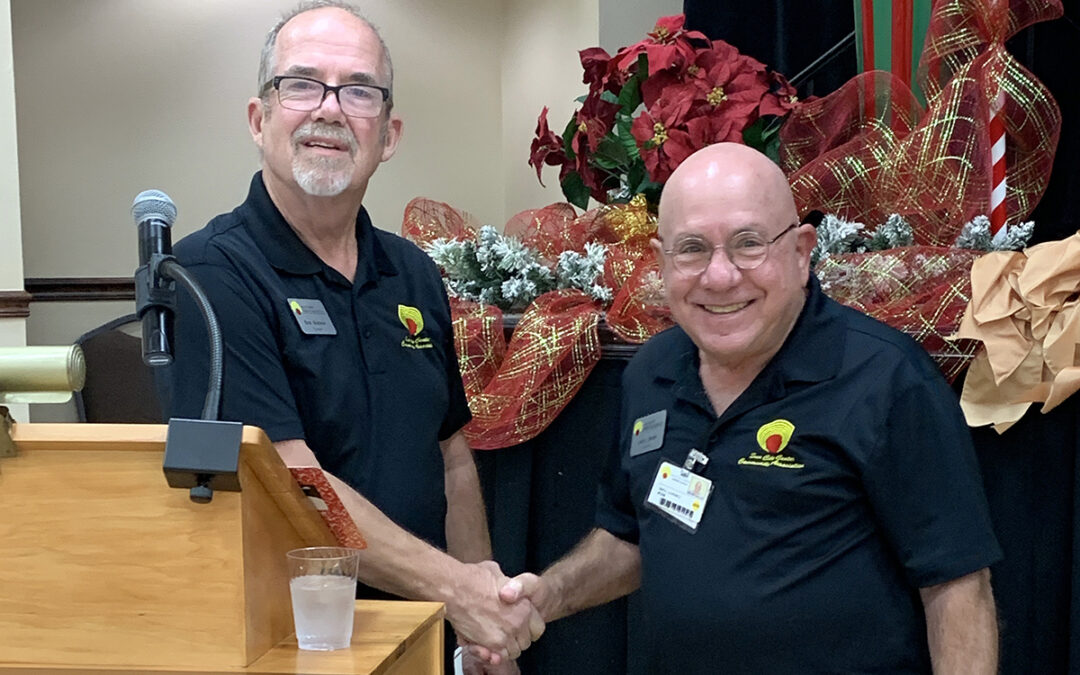 At 3 p.m. on January 5, 2022, 294 people attended the Sun City Center Community Association Membership Meeting in person and 89 virtually attended using Zoom. In order to meet quorum, two hundred members are required. Since quorum was met, the Board was able to approve the minutes from Membership Meetings held on January 2, 2020, April 28, 2020 and July 2021.

If you drive on E. Del Webb, you know construction is happening near St. John the Divine Episcopal Church. Despite the extension of the professional buildings, we will continue to have a golf cart path to US-301 and Walmart.

Treasurer Dave Birkett says 611 homes were purchased in 2021. This is a record for one year. The previous high was 506. In the first few days in January, 2022, 42 homes were bought.  Transfer fees are charged when a home is purchased. These funds are the sole source for the Capital Fund and are set aside for new construction. This fund currently has $3,629,660.

Geraldine Ready, the treasurer of Sun City Center Bingo, says, “In mid 2019 the participants of Monday Night Bingo asked the officers to come up with a way to give back to our community during the holiday season.” In 2019, 2020, and 2021, the club has donated cards to residents of area assisted living, long-term care, memory care, and rehabilitation facilities. This year, the group distributed 3,700 cards to 1,810 residents in 23 of these facilities and at least two gifts to 822 of the residents.

Ready says, “All of these gifts were either direct donations or purchased with the donations received from offering water, soda and ice cream treats to participants during our Monday night Bingo sessions.” Roger Zieg, Jim Collins, and Ron Clark were sworn in as new directors during the meeting.

During the general discussion portion of the meeting, many members took the opportunity to address the board voicing their concerns, asking questions and offering their opinions.

Addressing road concerns, Director Gary Bratt says he worked with Hillsborough County all of 2021 and described the process as “most frustrating.” In addition to numerous phone calls, on February 18, June 17, and August 5, Bratt met in person with engineers, supervisors, and even the county operations manager once. Bratt was told work on El Rancho, North Pebble, Rickenbacker and part of New Bedford would start in October. During subsequent calls he was told November, then January or February.

CA Member Kathy Krause suggested members go to HillsboroughCounty.org to voice their concerns to county officials. Other options would be phone calls and email. Unless you live in a gated community, the county owns your roads. The Board will continue to urge the county to make repairs. In addition, the more people who contact the county about road issues, the more likely the streets will be repaired.

IN THE PHOTO: Larry Smith was given a plaque in appreciation for his three years on the board.