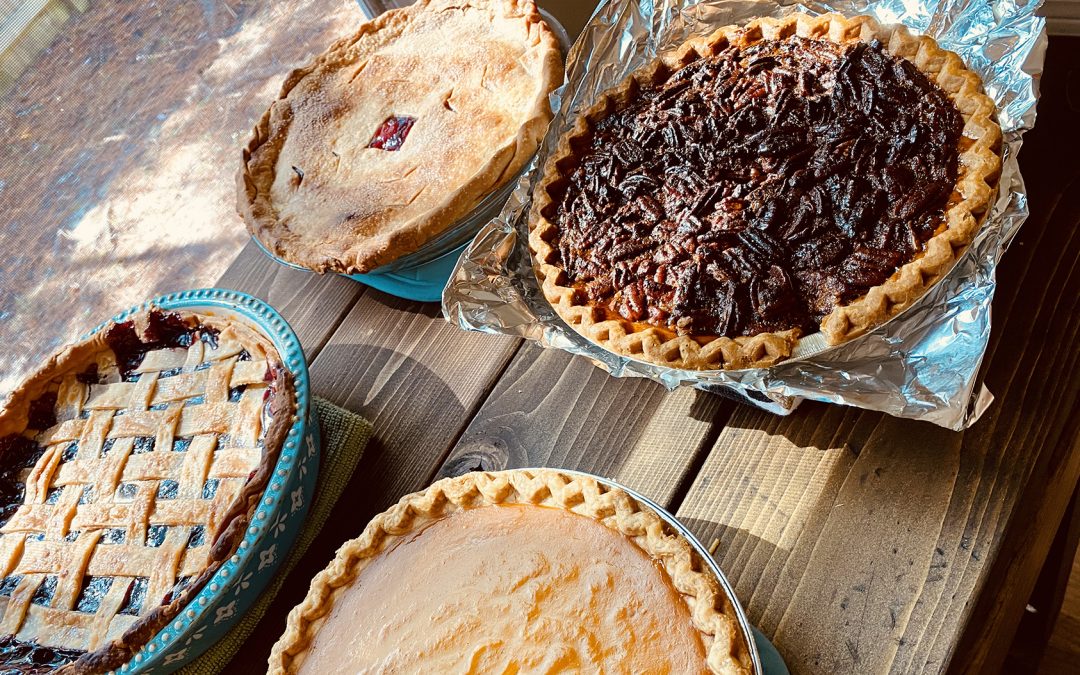 I heard a whispered conversation in the dining room and pretended not to notice, busying myself preparing the evening meal. It was beef stew night, so the slow cooker had done most of the heavy lifting, leaving me able to focus on eavesdropping while I finished the meal prep. My bride was on the phone with our lovely daughter-in-law discussing Thanksgiving dinner.

Our eldest son, Captain America, and his bride, Melissa, recently purchased their first home together. Cap’s duty station for the next few years also meant that – for the first time since he raised his hand and swore the Oath – he would be making his home in Florida. His mom and I are elated to have him on this side of the ocean for a change. Even happier that he’s reporting for his next training assignment, rather than wearing a rifle in the desert.

Since buying their home, Chris and Melissa have been working day and night to fix the house and property up to their liking, and they’re justifiably excited to show off their hard work. Almost as excited as my bride and I are to celebrate this important milestone with them. Given the timing, they suggested hosting Thanksgiving this year. That’s a pretty big deal. Though, I think, maybe, just hearing, “Y’all come up; we will cook this year!” put some more gray in my beard. Put a smile on the face behind that graying beard too. If there’s anything better than achieving your own goals in life, it’s watching your kids achieve theirs. Cooking your first Thanksgiving bird in your first new home as a family is a pretty big deal. We can’t wait to help them celebrate this milestone in their lives and their marriage.

Milestones are an ancient idea. Like some of the most enduring roads, we have the Romans to thank for the concept. They placed distance markers roughly every 1,000th double step, giving armies and traders clear answers to vital logistical questions as they traveled the length and breadth of the empire. Many centuries later, Matthew Simons described these markers in his 1635 travel guide, “Directions for English Travelers.” Though it would be another six decades after Simons’ book before uniform guideposts were codified into law in Britain. And it would be another 50 years before the term “milestone” entered common usage.

As with most words, “milestone” evolved new meaning with extended use over the successive generations. Today, milestones are not only symbols of distance traveled, but also metaphorical reminders that we’re going in the right direction; and, if we keep following that path, we’re likely to arrive where we’re headed. All the more reason to celebrate each time we achieve something new, learn something interesting, or arrive at a much-anticipated destination.

Speaking of milestones worth celebrating, this year, local SCC historians came together to write, curate, and publish a book commemorating 60 Years in Sun City Center. This community began with an idea, a vision that was picked up by the original residents and carried along by each new resident who chose to make Sun City Center their home. Active retirement, stimulation for the body, mind, and spirit. A community of volunteers willing to invest their hands, feet, smarts, and hearts in support of the ideal of “Neighbors helping neighbors.”

There are very few communities where one can learn textile art, painting, photography, woodworking, computers, chorale singing, organ playing, guitar picking, HAM radio operation, lawn sports, court sports, card games, and synchronized swimming in an afternoon, then have your pick of live music and dancing in the evening. Building these opportunities into this community involved all kinds of exciting, challenging, and important milestones. Individually and collectively, these are, indeed, something worth celebrating. So, be sure to stop by the Atrium ticket kiosk on Monday mornings between 10 and noon to buy your copy of 60 Years in Sun City Center, Florida. Over six decades, SCC residents have shared many meals together and celebrated countless milestones. As we enter this holiday season, many of us are excited to share a more “normal” celebratory time than last year allowed. Thanks to care, innovation, and a series of modern science miracles, we’re able to celebrate more safely. Already, many traditional services and ceremonies have returned, from Veterans Day celebrations to chorus concerts, dances, the Holiday Golf Cart Parade, and a host of other opportunities to come together with friends and neighbors as we close out 2021. If you’re interested, be sure to check out this issue of The News. There’s plenty here to fill up your calendar… and…. just maybe, help you take the first steps toward a new milestone of your own.

Cover photo: Melissa baked these pies, from scratch, to enjoy after the Thanksgiving meal. They cooled in this window for hours, and it was tough not to steal a slice. 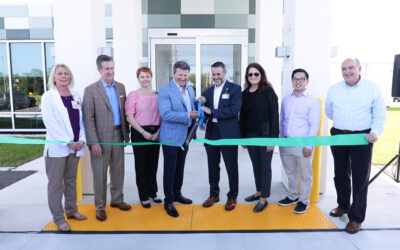 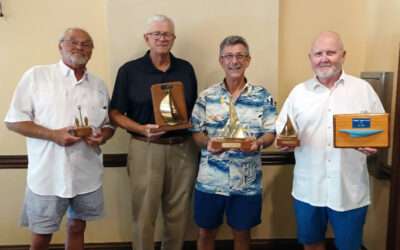 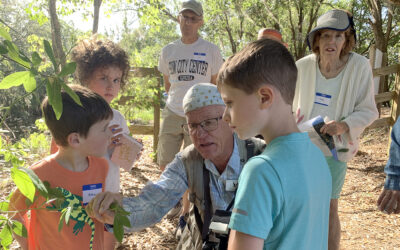 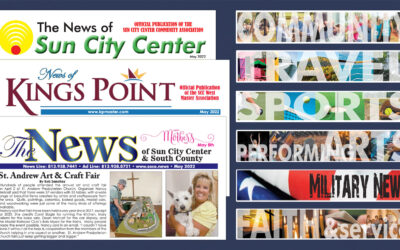 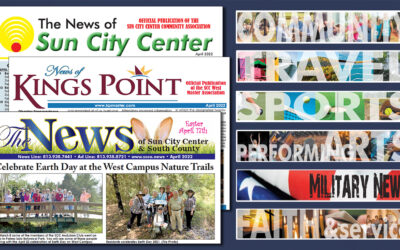 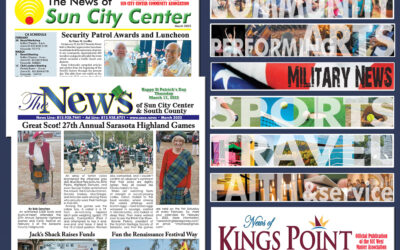